I’ve delayed posting this last painting, which I finished just before Christmas, as I’ve had a hard time creating a story to accompany it that I thought was good enough. So, perhaps this time simplicity is best. I painted this for a gift for a family member, and it’s a scene of my grandmother at her house on “the farm”, that the family has affectionately come to know so well. She was dear and beloved to all who knew her, and even though it’s been 14 years since Mamie went home to be with her Lord and family before her, I still found myself getting teary eyed at times while painting this. I’ve added a very brief story of her life after the photos, just to attach a bit more history to the picture if you’re interested in further reading.

Mamie was born in 1909 in Detroit, Michigan. Both her parents were first generation Americans from German immigrant families. They spoke fluent German as well as English, though Mamie and her brothers were raised to speak only English. As a girl, she grew up in Detroit, in what was then considered a nice middle-class neighborhood. She had 3 brothers, one of whom died of Polio at 2 years old. Her mother had battled sickness on and off for most of her life, and when Mamie was 9 years old, her mother died of gall bladder complications at the age of 36. Shortly afterwards, her grandmother moved in with the family and helped her father with the children. She met her husband, Louis, on a street car in Detroit and was married, age 20, in 1929. Mamie & Louis started their family in Detroit, raising 4 children through Chicken Pox, Measles, Whooping Cough, and Scarlet Fever. After WWII, Louis lost his job at the war plant in Detroit, and the family moved to Springport, a small country town in southern Michigan to make a fresh start. Her life turned to farm work, and the family of 6 lived for awhile with no electricity, running water, indoor toilet, or telephone in a 3 bedroom house.  She and Louis raised 3 more children along the way (finally adding electricity and indoor plumbing); the last two children being twins, born when Mamie was 42 years old. Mamie & Louis celebrated their 50th Wedding Anniversary in 1979, and just a year and a half later, Louis died from heart failure at age 75. After her husband’s death, Mamie lived alone on the farm for nearly 20 years, until she moved in with family.  Family was the most important thing to her, and upon her own death at 95 years old, she left behind 7 children, 21 grandchildren, 29 great-grandchildren, and 1 great-great grandchild. Due to the times she lived in, Mamie’s life was not easy, being filled with the hardships of poverty, sickness, and death. Though despite her circumstances, she was always able to give love, and taught us about the unconditional and abiding love of the Lord just by being herself.  Mamie made such an impression upon us that 14 years since she went home, she is still remembered, loved, and missed by those she left behind. 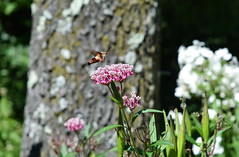 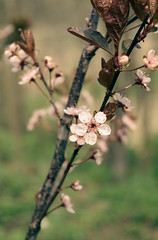